Together with Creatief Initiatief and Rikko Voorberg, I co-founded the art route Path of Suffering. The art route took place in De Baarsjes, a neighbourhood in Amsterdam, and exhibited art works on the theme of ‘suffering’. The exhibit ran from 13 February till 30 March 2013. During the last three days, an intimate Suffering Festival took place.

The art route was a comic but poignant, confusing yet enlightening encounter with many different types of suffering. The art route was based on the iconic ‘the Passion of the Christ’ whose 14 stations are symbolic of the forms of human suffering which are present in any time, culture and place.

The 14 artists who were invited were produced works for places where suffering took place, including the Slave Memorial, a nursing home, a food bank and a pub. The route included a photo exhibition hidden amongst garbage cans, a pub where a personalized ‘suffering smell’ could be mixed, and an audio tour with which the visitor could explore the neighborhood.

Several articles were published on this project in the Volkskrant, Parool, NRC, Algemeen Dagblad, and the exhibit also featured in T.V. slots on RTV Noord Holland, KRO, NCRV, EO, IKON, RKK, Geenstijl and AT5. 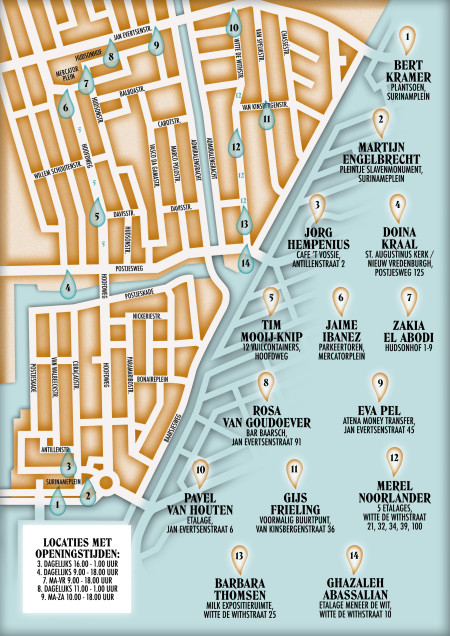 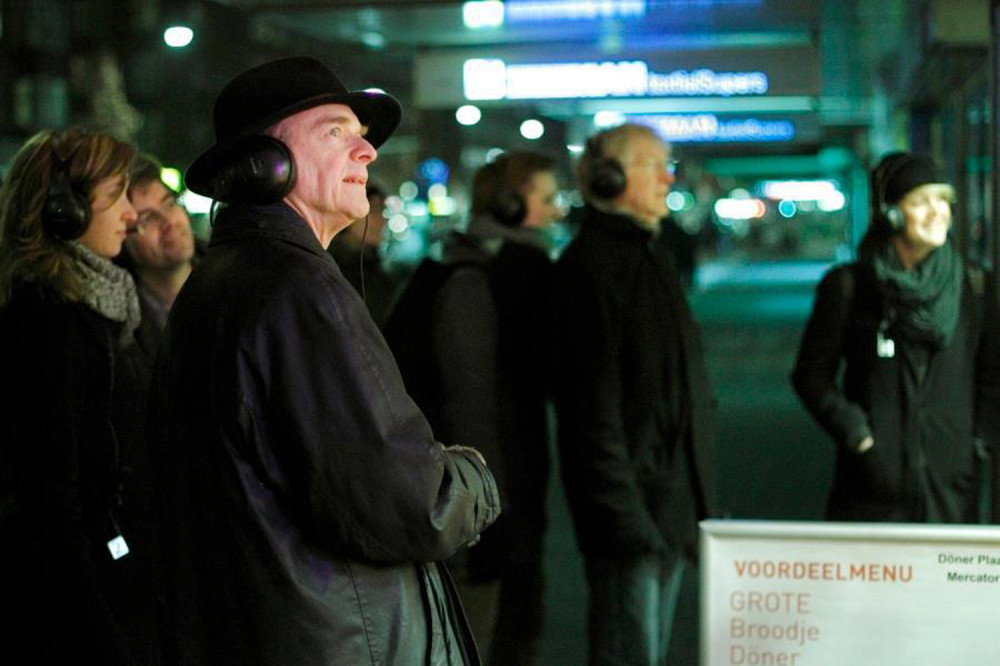