The project Dust Particles was an ode to dust. From shipyard to elementary school, from art fair to farm; every location has its own history, and with that, its own kind of dust. At 11 locations in Amsterdam and its surrounding areas, several columns were placed where one could view dust using a microscope.

Dust is omnipresent in our lives, everything is made up of dust and will return to dust. In its diversity it creates its own universe. Also, the history of dust is rather elaborate. It is mentioned 157 times in the Bible, is a welcome guest at rituals and ancient fairytales assign magical powers to it. However, nowadays it is nothing more than a meaningless by-product that gets detected, swiped up and deposited in the trash. This project was an ode to dust in order to make people rediscover its power and beauty. On columns, under microscopes, dust of 11 different locations was exhibited; from museum to church, hairdresser’s to elementary school, from farm to shipyard.

The dust particles were collected at the locations and were processed at a laboratory in Nagasaki, Japan. There they were preserved, mixed with paraffin, cut into slices of 4 micrometers thin and coloured with various chemicals.

The project was exhibited at the following locations:

Financial support by the Vermeulen Brauckman Stichting and the Mondriaan Fonds. Made possible by the Department of Pathology – Nagasaki University Hospital, Nagasaki Educational and Diagnostic Center of Pathology, with the assistance of Ruben Groen, cytological analyst and Mr. Masakazu Souda, molecular analyst. 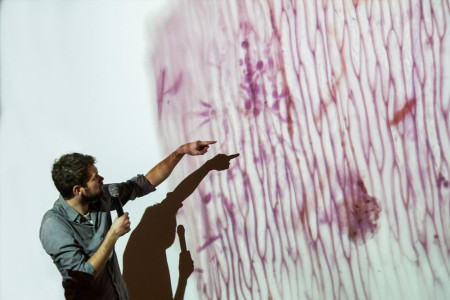 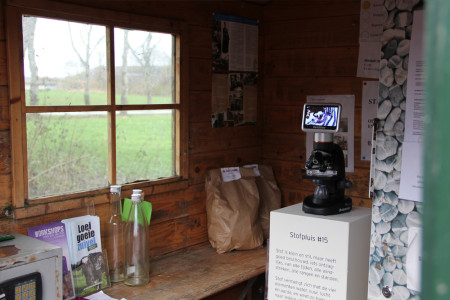 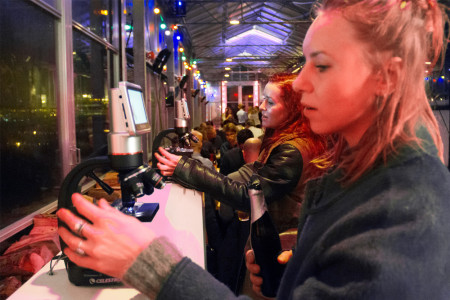 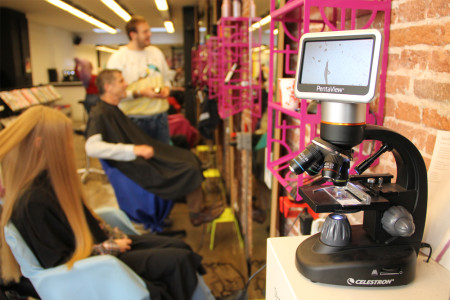 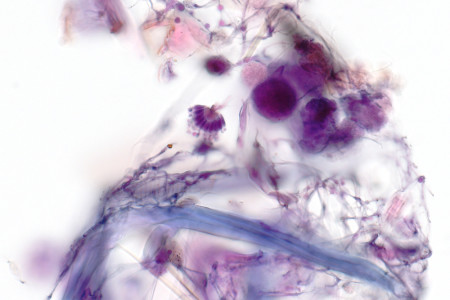 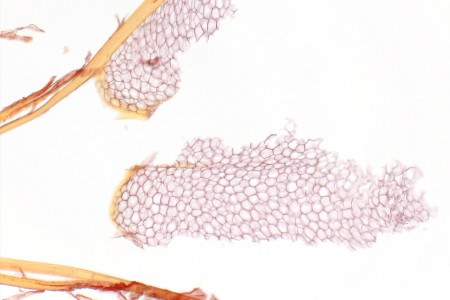