‘Yards’ ran from the 19th of October until the 23rd of November, 2013. In this solo show I mapped all the weeds on the streets of the Staatsliedenbuurt in Amsterdam. The project aimed to show the area’s residents the complexity and extraordinary patterns in their ostensibly mundane flora and fauna. The show focused on different groups of grass, a mosquito, a dying plant, marks on a tree, sand dust and the veins on bamboo leaves.

32 large posters were displayed in 11 windows. They showed the natural elements of the tiny yards in front of the windows, where people would normally walk by without noticing them. Specific areas of the yard were highlighted, enlarged and analysed. In some of the posters, I also designed my own patterns.

The exhibition was civic-minded: residents could view the project in windows at any time.

The project was financed by the Amsterdam Fonds voor de Kunst and Kunsttraject Amsterdam. The newspaper Echo and TV Salto both reported on the exhibition. 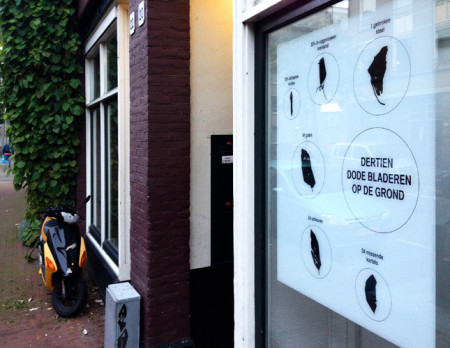 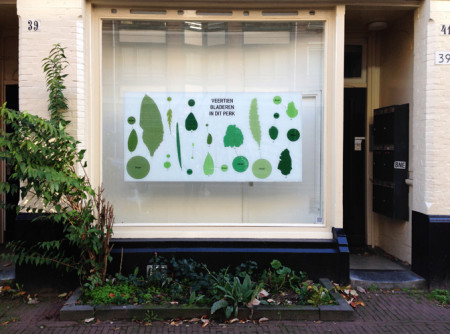 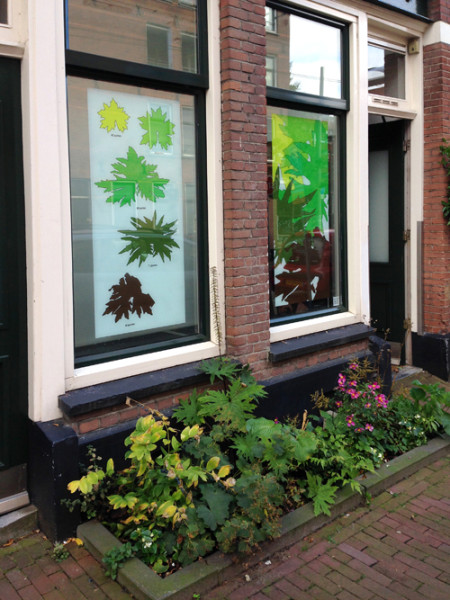