On the 13th of June 2015, The Frans Hals Museum showed a new work of mine in the exhibition ‘Work in Progress’, in which 3 masterpieces of the museum were being restored in-situ. In my work I paid tribute to the restored decay of both the painting as well as the room in which the work was shown.

The Frans Hals Museum wrote the following about my work: The regent portraits by Frans Hals could be called ‘site-specific works’: works of art made for a specific location in a specific time. In 1664, Hals painted the Regents of the Old Men’s Alm House especially for the regents’ room of this charity, now rooms 9 and 10 of this museum.

Pavèl van Houten focuses on the craquelure that characterises paintings’ surface. Craquelure is an irregular pattern of hairline cracks in a smooth surface. It develops due to ageing of, for example, paint. With the precision and attention of a monk or a microbiologist, Van Houten documented the lines and wear marks on Hals’ yet to be restored Regents of the St Elizabeth Hospital of Haarlem. (found in room 18). With the help of codes and drawings he gives this a new value.

He pays the same attention to the exhibition room. You cannot see it immediately, but the doorframes and window frames also show craquelure. Van Houten: “Just as the paint of a painting cracks, something similar happens to the sand, your skin or the bark of a tree. By focussing on the craquelure, the attention is led away from the image, and back to one of the basic patterns in nature.” 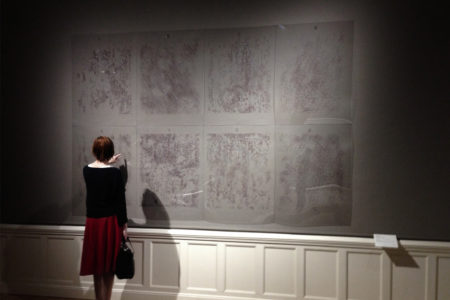 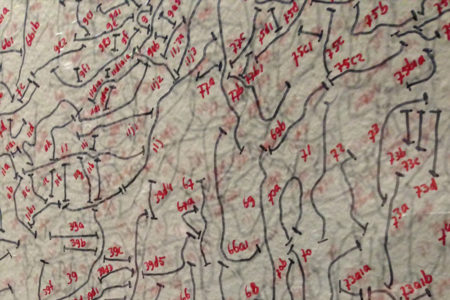 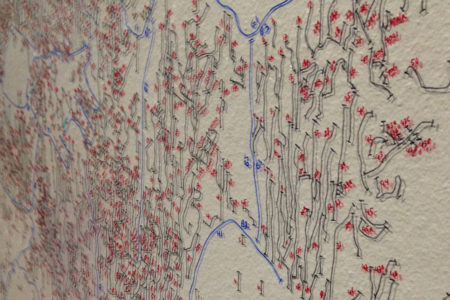 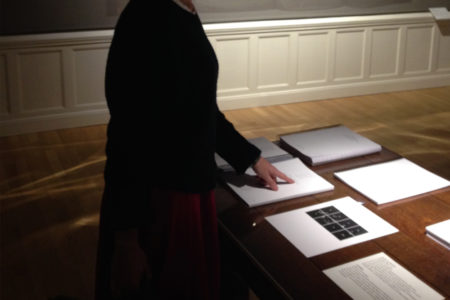